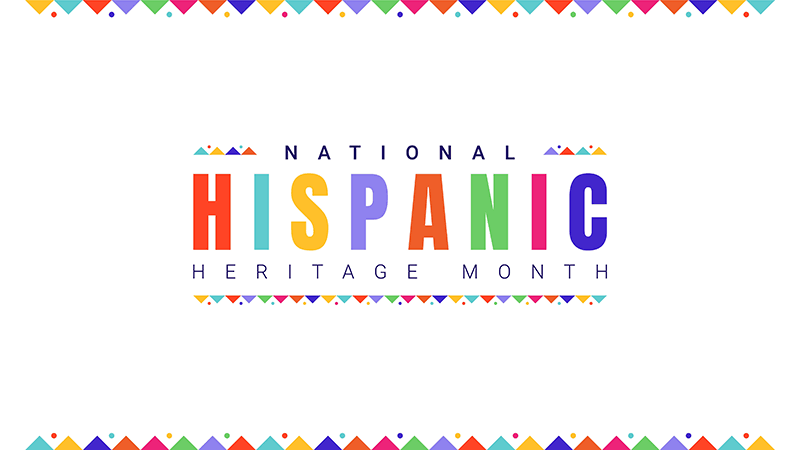 National Hispanic Heritage Month is celebrated from September 15 to October 15.

The theme for 2022 is "Unidos: Inclusivity for a Stronger Nation."

Many achievements and contributions have been made by Hispanic and Latinx champions inspiring culture, cultivation and community, not only in Lewiston but throughout Maine.

Listen to Ede Trejo share her hopes, challenges, and love of Maine and its emerging Hispanic/Latinx community.  She is a 16-year resident of Maine, and organizations she has been engaged with are the Department of Health and Human Services, a family shelter, and the Catholic Church.  She also loves dogs!

Ede - Part I of Video

The observation began in 1968 as Hispanic Heritage Week under President Lyndon Johnson and was expanded by President Ronald Reagan in 1988 to cover a 30-day period. It was enacted into law on August 17, 1988. The month also celebrates the independence days of several Latin American countries including: Costa Rica, El Salvador, Guatemala, Honduras, and Nicaragua on September 15, Mexico on September 16, and Chile on September 18. They also include holidays that recognize Hispanic contributions such as Virgin Islands-Puerto Rico Friendship Day that is celebrated in the U.S. Virgin Islands.