It has been approximately 102 years since women were first allowed to vote in the State of Maine. Since then, women have continued to fight, prove, and march for their freedom and the ability to be seen as equals to men. History tells the stories of horrific abuse, struggle and empowerment that women have faced throughout centuries and continue to do so. Historic moments such as;

1955, when Rosa Parks became a catalyst in the Civil Rights Movement.

1963, when the Equal Pay Act aimed to abolish the wage discrimination against women, with currently women earning 82.3% to the male dollar and women of color earning 65%.

1972, Title IX passing allowing “No person in the United States shall, on the basis of sex, be excluded from participation in, be denied the benefits of, or be subjected to discrimination under any education program or activity receiving Federal financial assistance," with 11.3 million women enrolled in higher education to date.

2013, removal of ban against women serving in military combat positions.

Though only a few, every act passed was due to extraordinary women--extending beyond race, culture, religion or social economic status--who persevered despite the odds. During International Women's History Month, we will recognize a few heroes who have and continue to be trailblazers, not only in history but in the community of Lewiston. For the endurance of hardship, the balance of motherhood, the display of empathy and ferocity of character, the creativity and intellect, the resilience and the ability to challenge equality each day, all while understanding the power and fragility of a woman’s status in the world. For these and so much more, the City of Lewiston honors all women.

The City of Lewiston will have bookmarks in celebration of both International Women’s History Month and Reading Month. Quotes from your favorite Lewiston natives as well as leaders will be on the back. 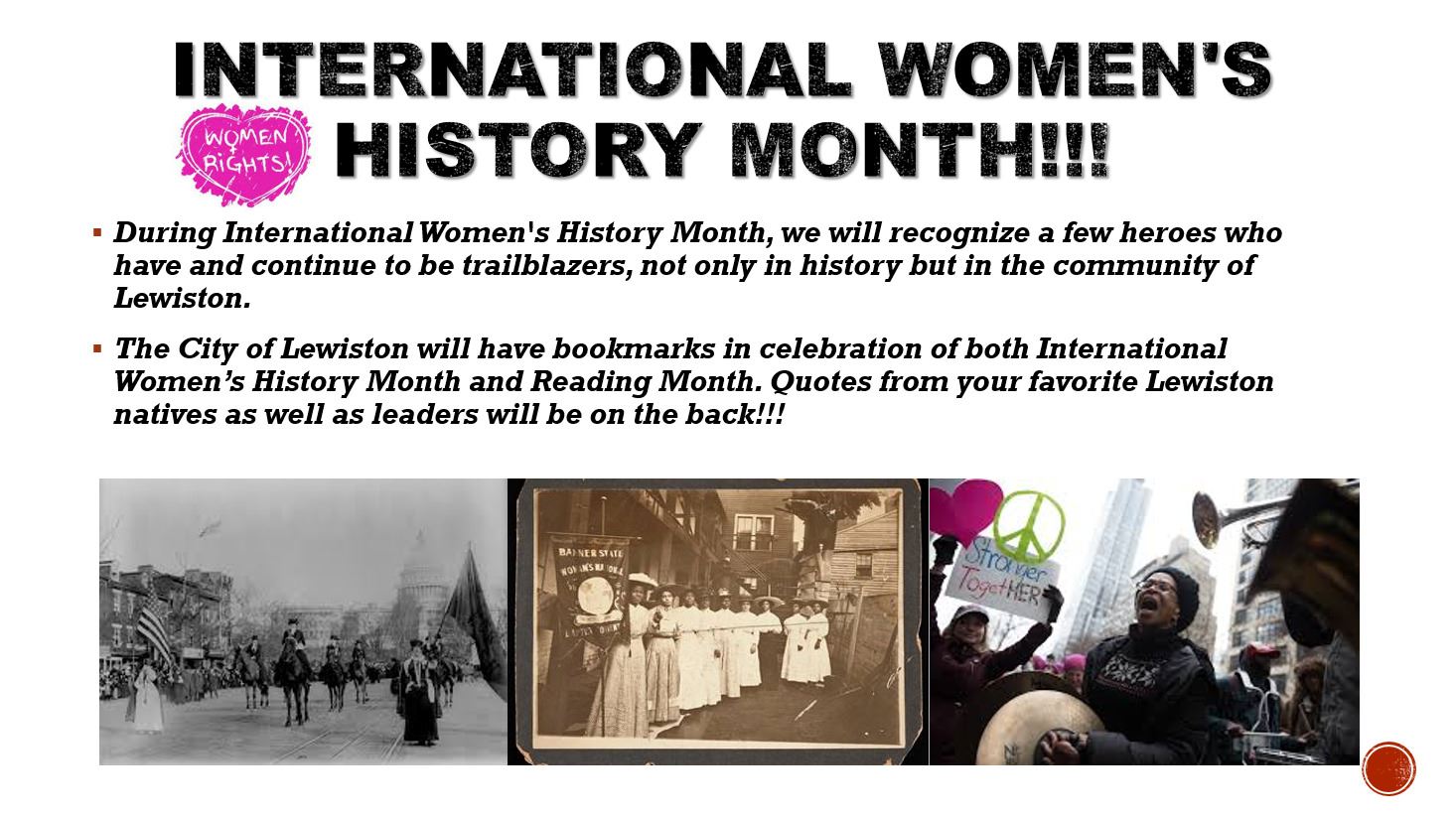 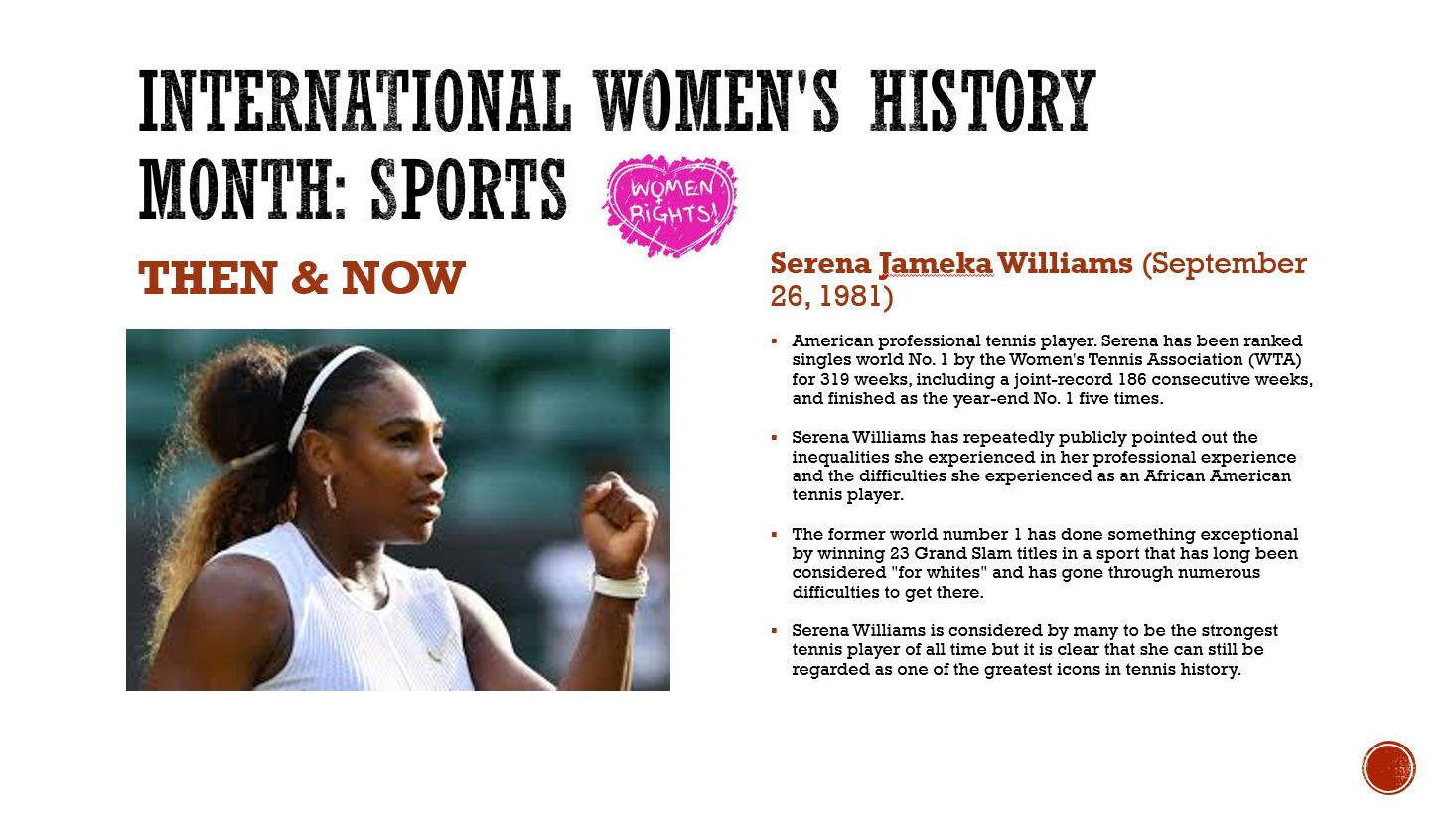 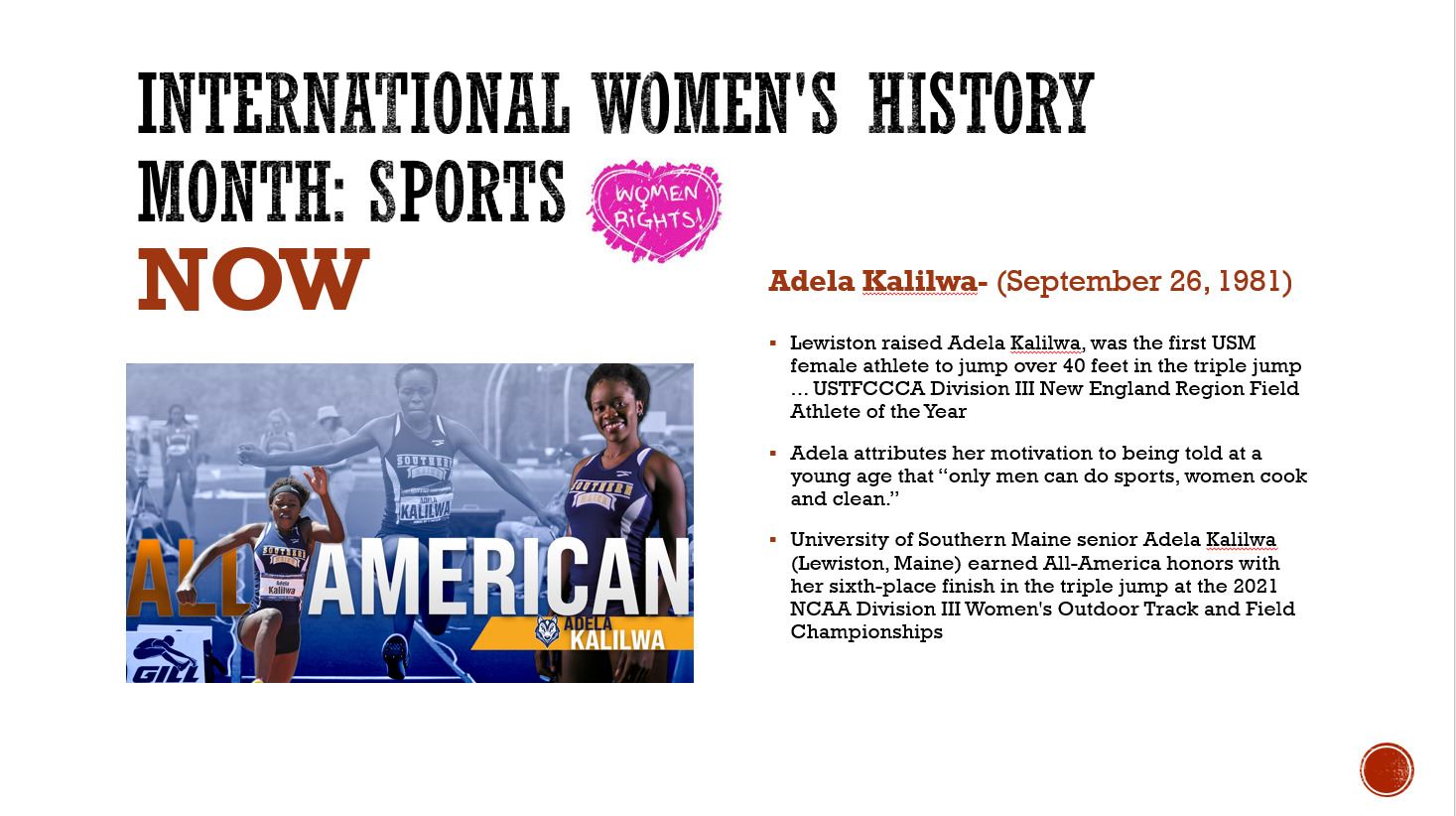 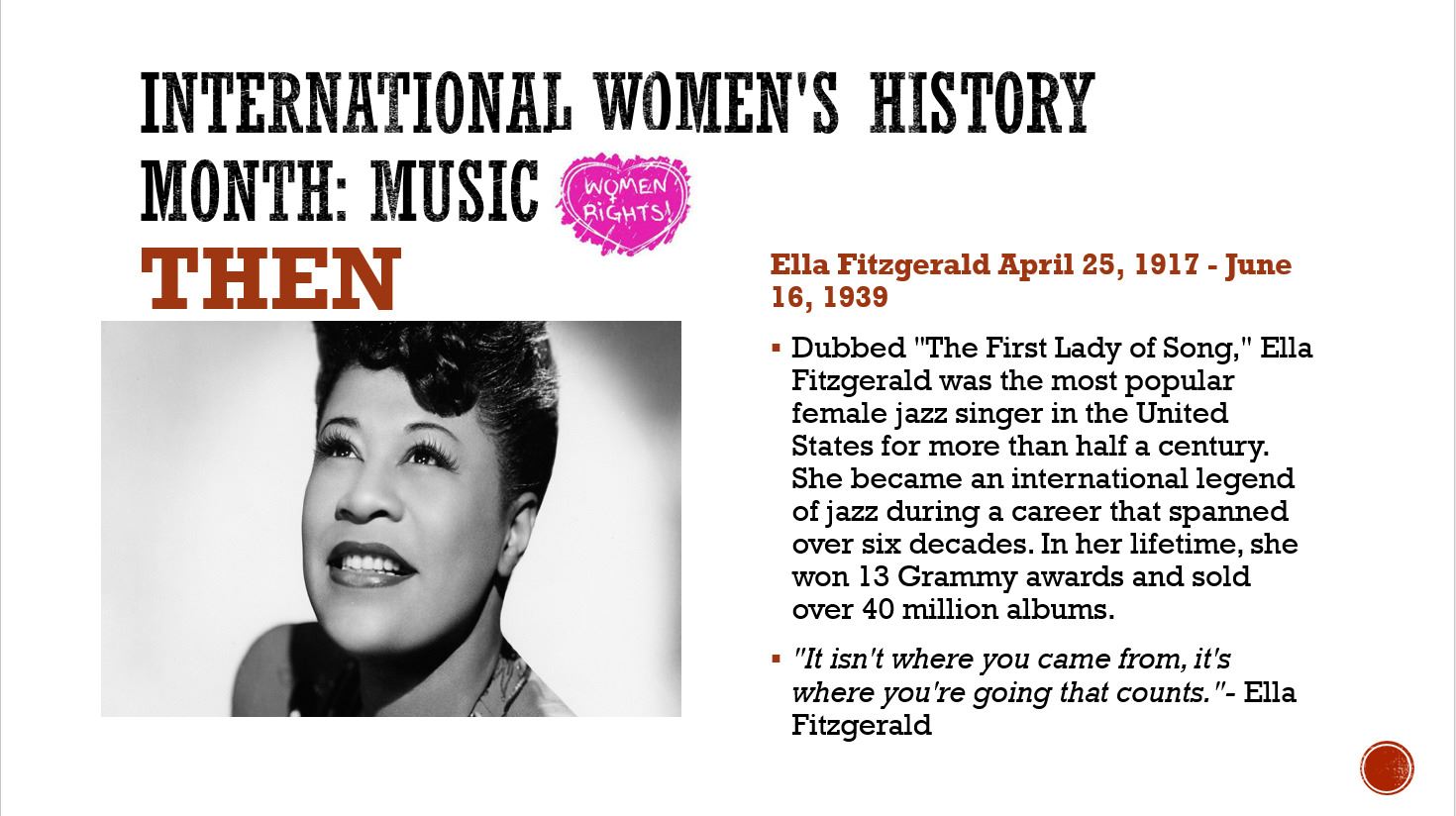 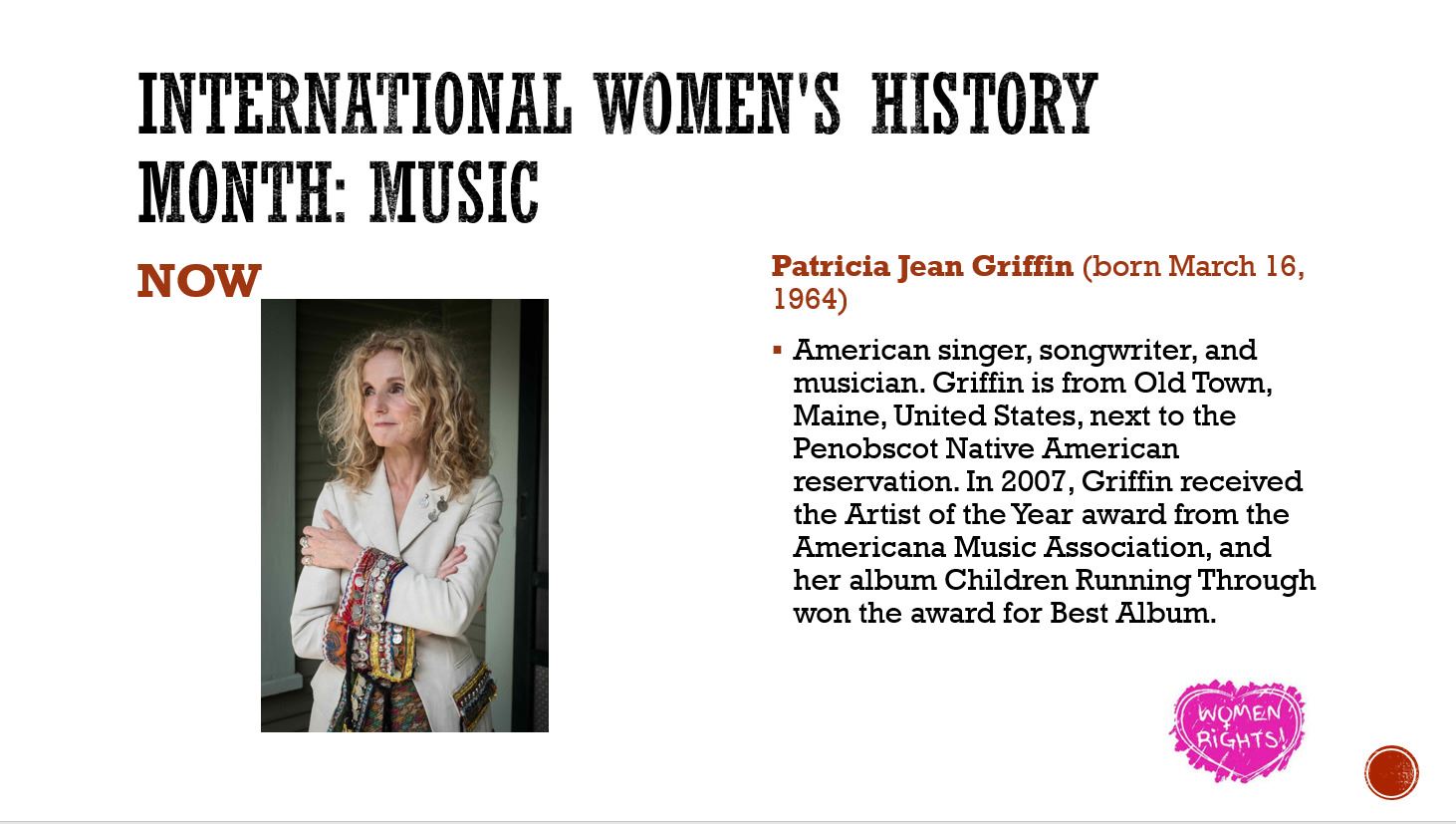 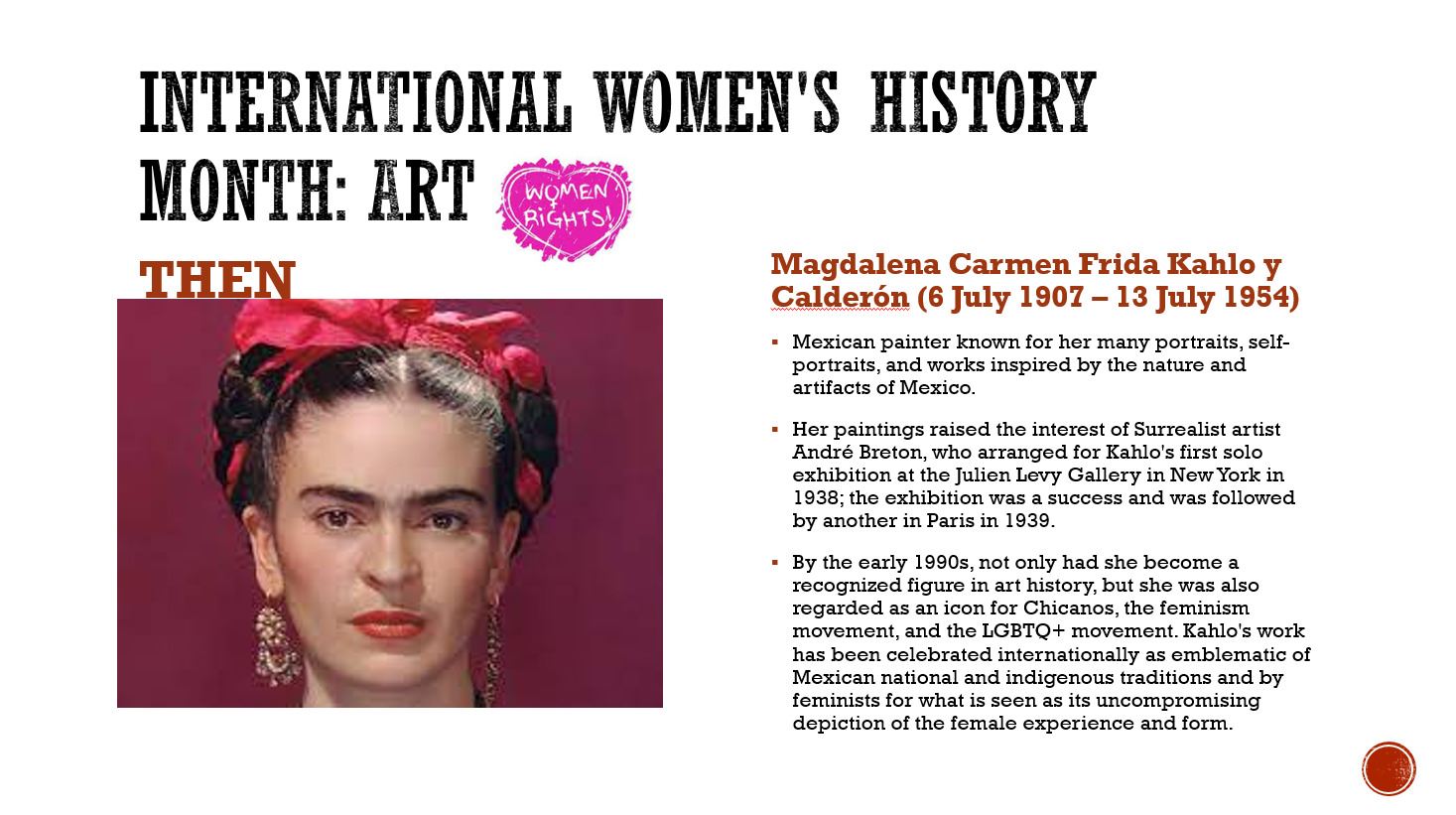 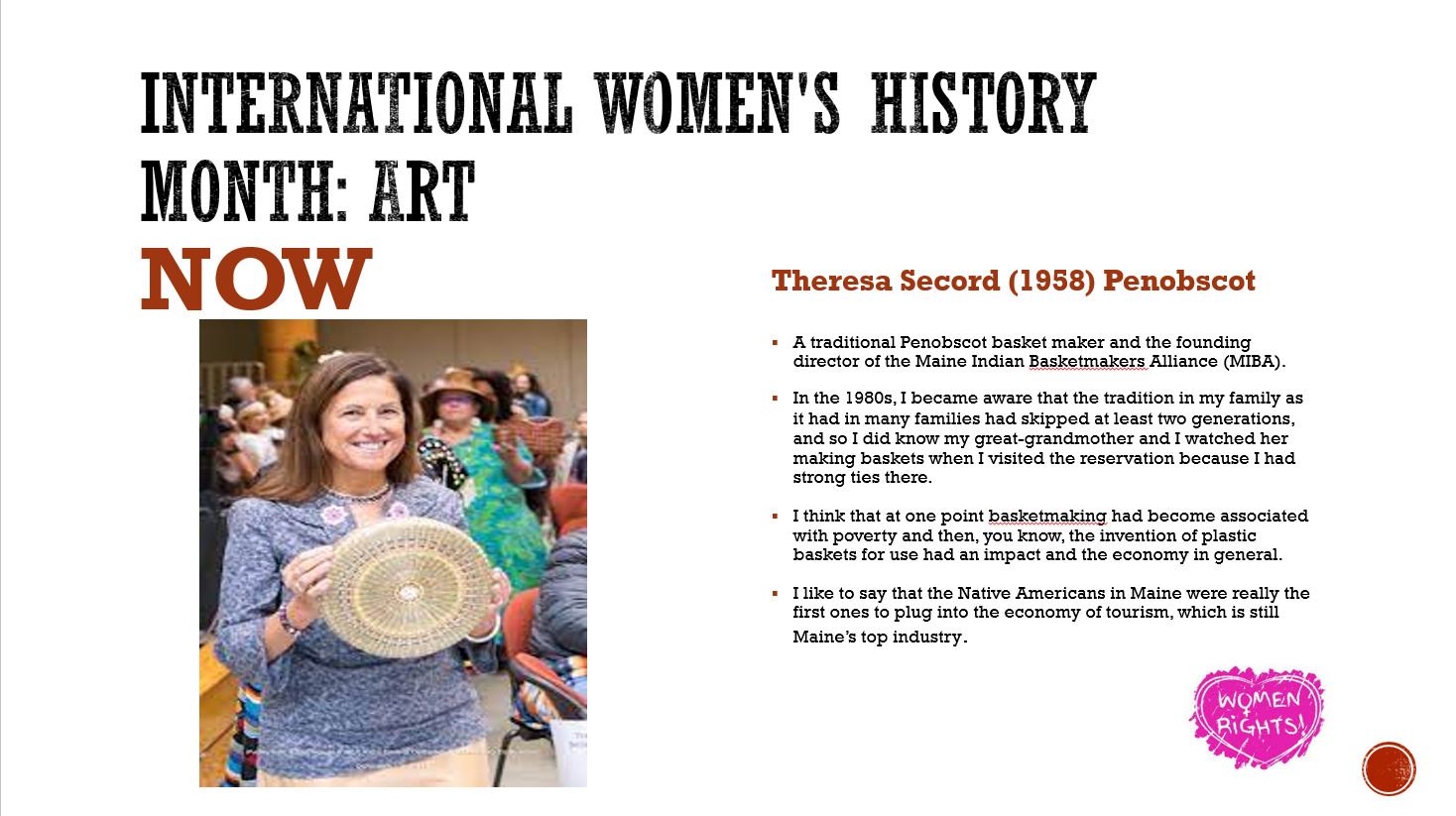 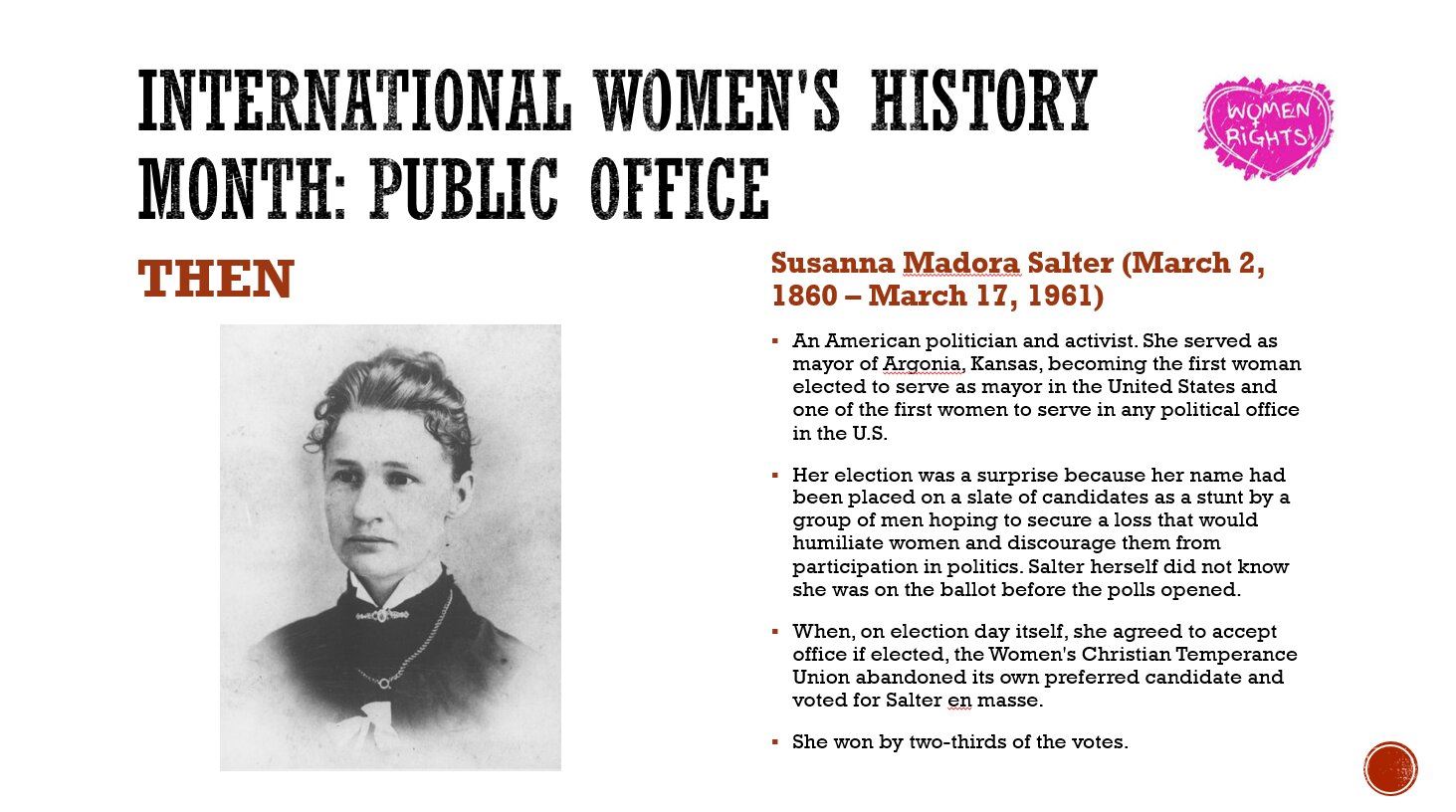 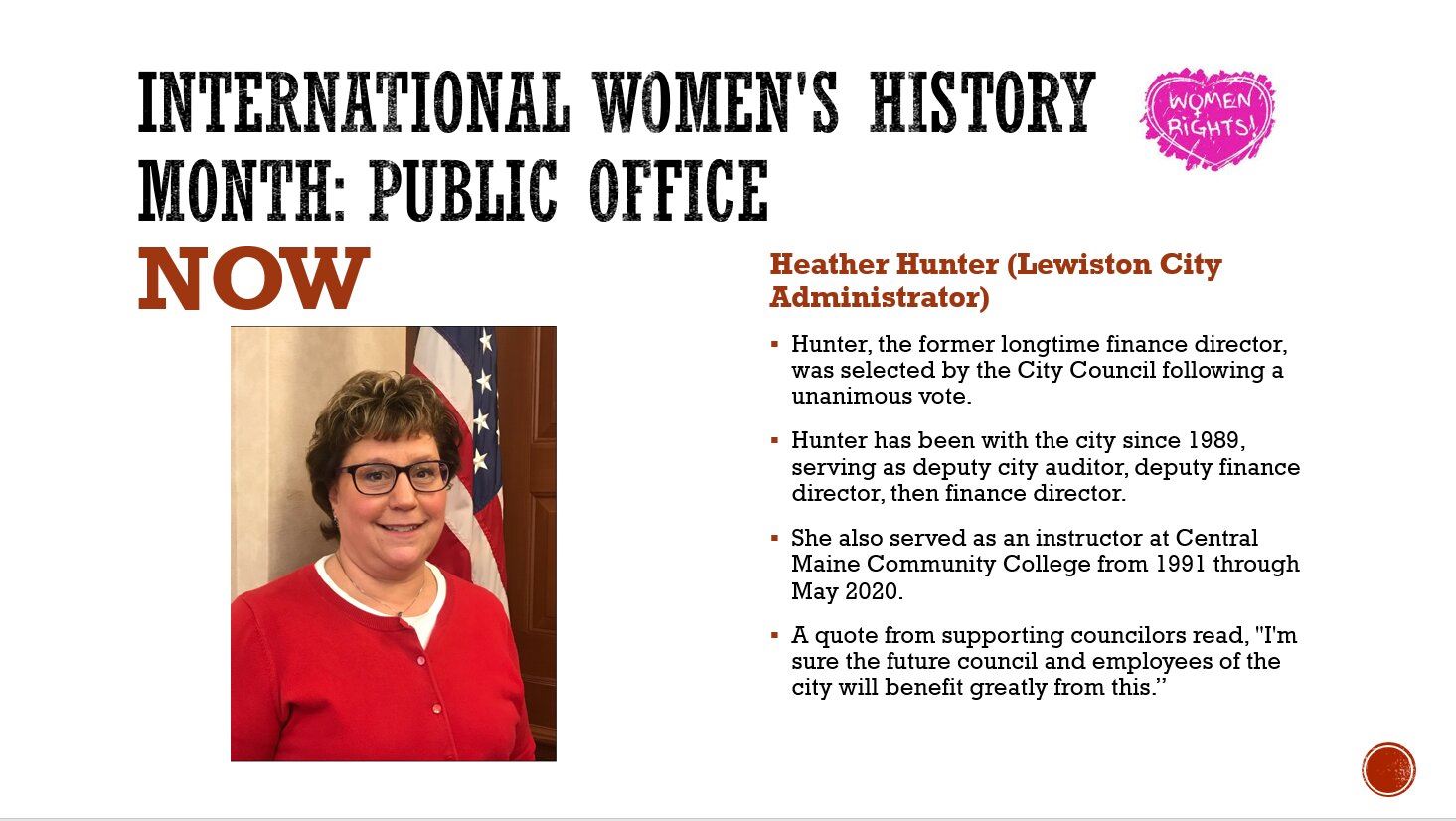 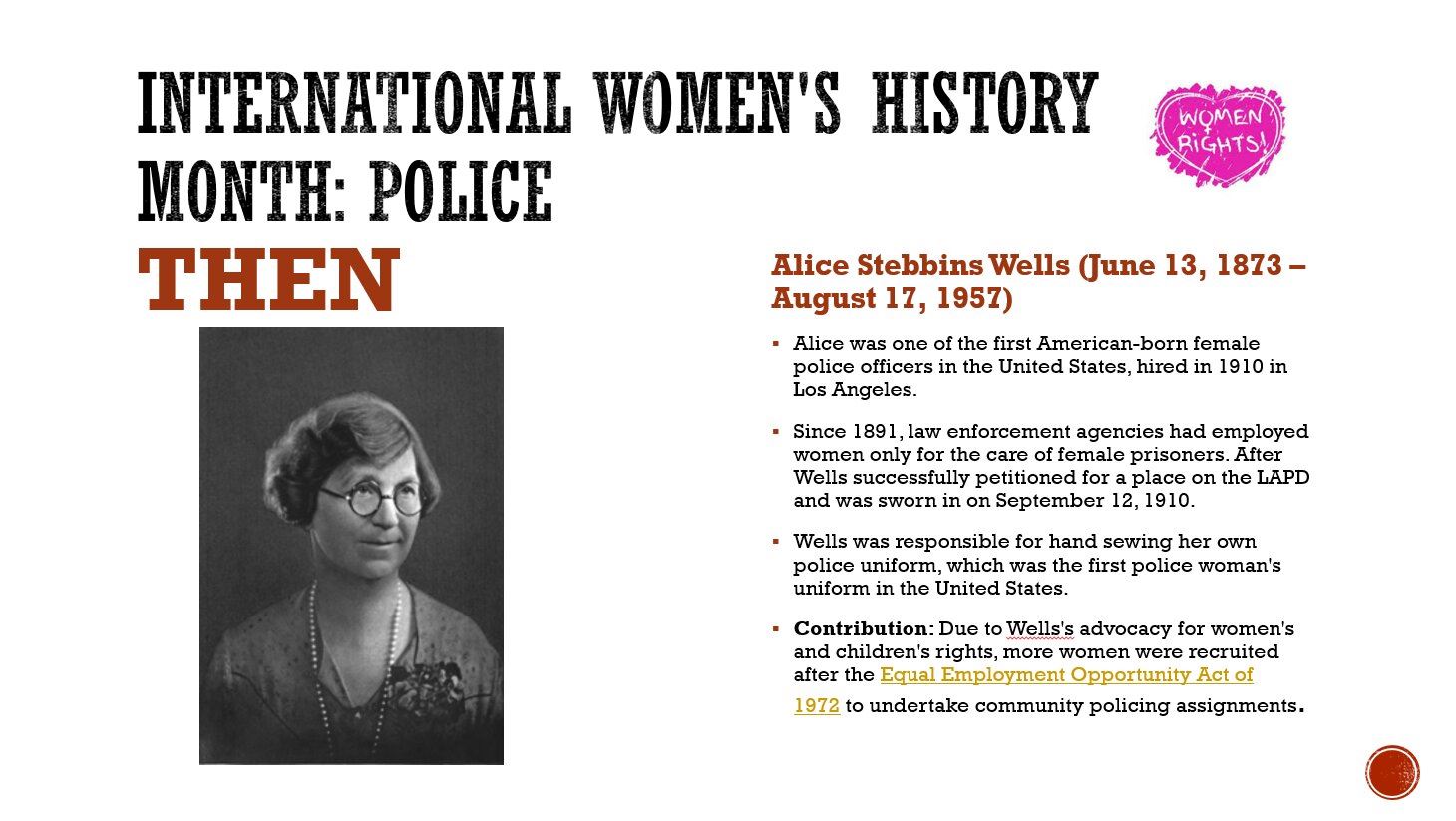 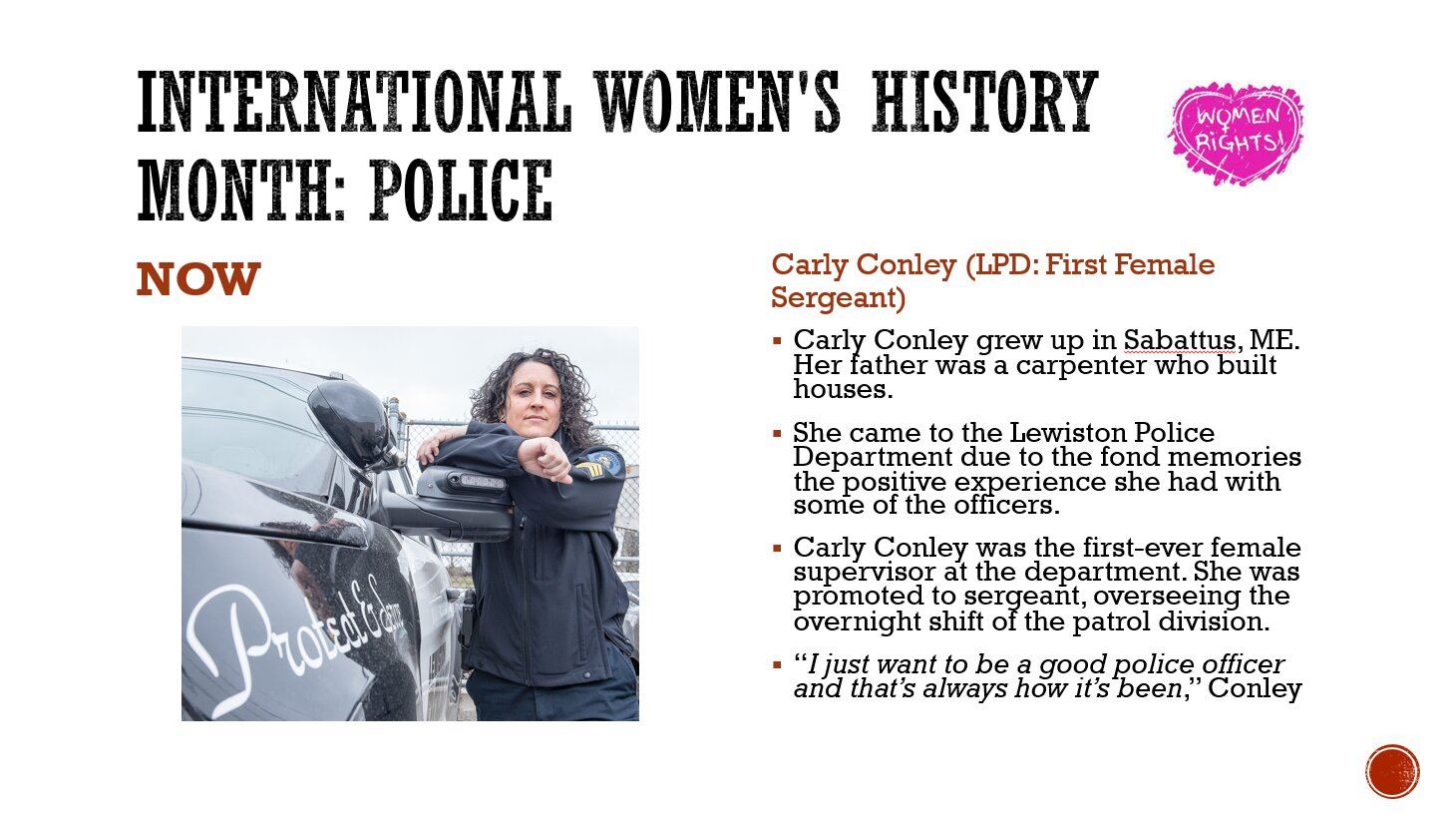 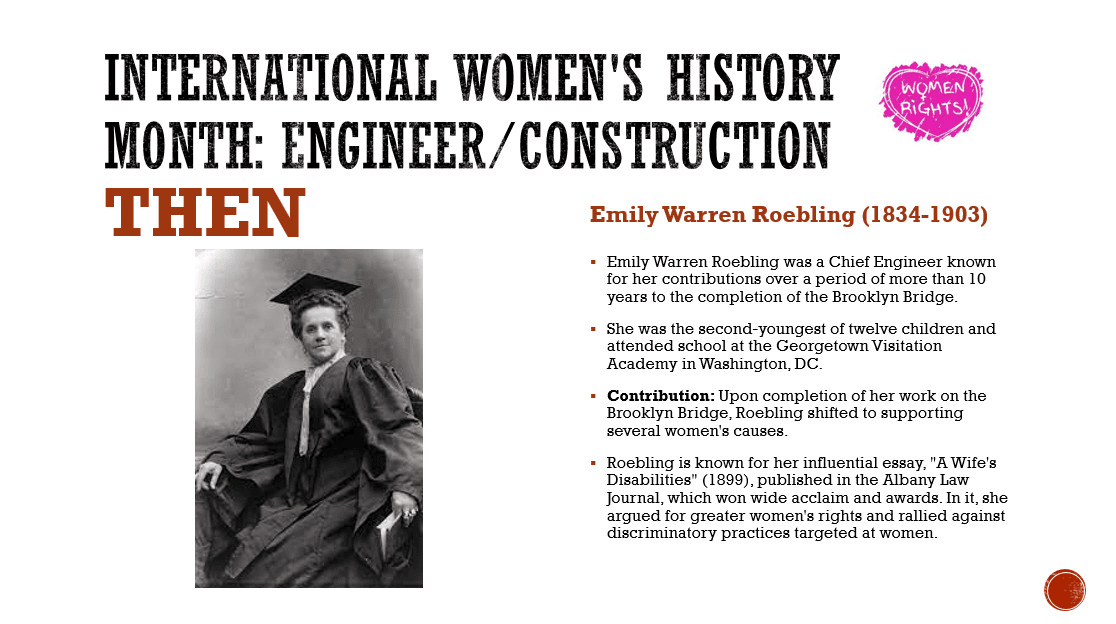 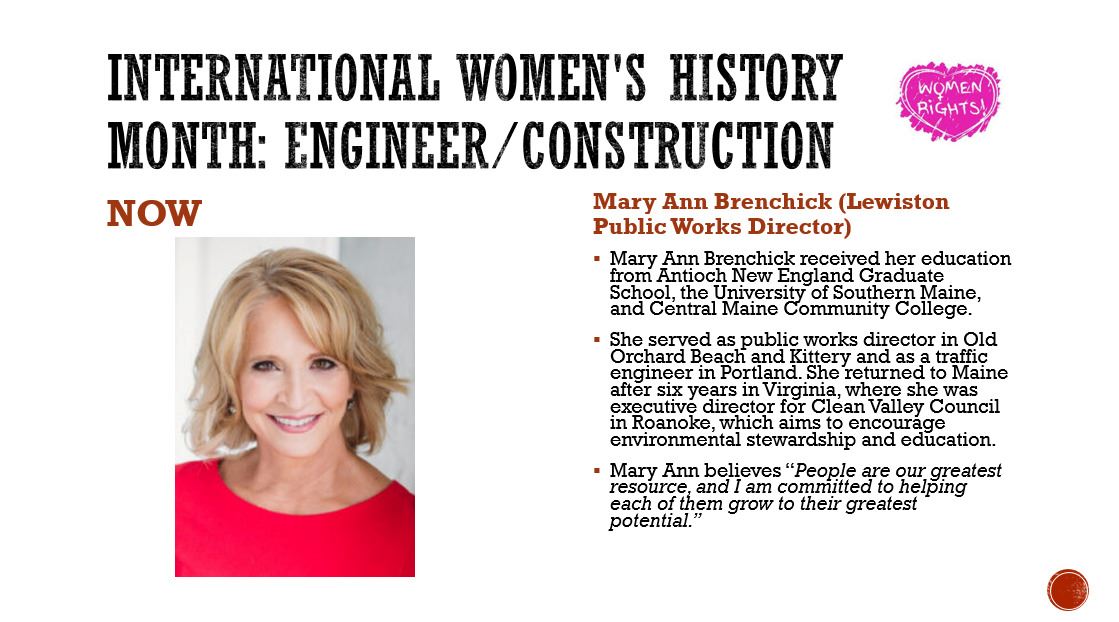